Colette Flesch, was the first woman to become mayor of Luxembourg City in 1970. The politician discusses her life and work, and immigration in Luxembourg.

Colette Flesch is a former member of the Chamber of Deputies, former MEP, and former Olympic athlete.

In this pilot episode of Conversations with Christos, they discuss her life, marked by World War II, and escaping the Nazi invasion of Luxembourg, and working to build a better 'brave new world'. 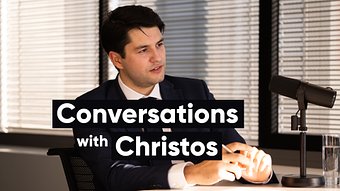